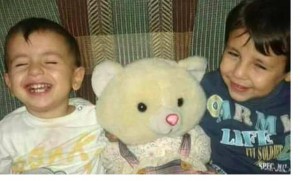 September 3, 2015, Montreal/Toronto/Vancouver – Migrant and refugee rights groups across Canada are demanding that Minister Alexander and Prime Minister Stephen Harper answer for the deaths of Galip Kurdi, five, and his three-year-old brother Aylan, after it was revealed that their application for private refugee sponsorship (which would have cost Canada nothing) was rejected by Immigration Canada despite having been hand-delivered to Minister Alexander’s office.