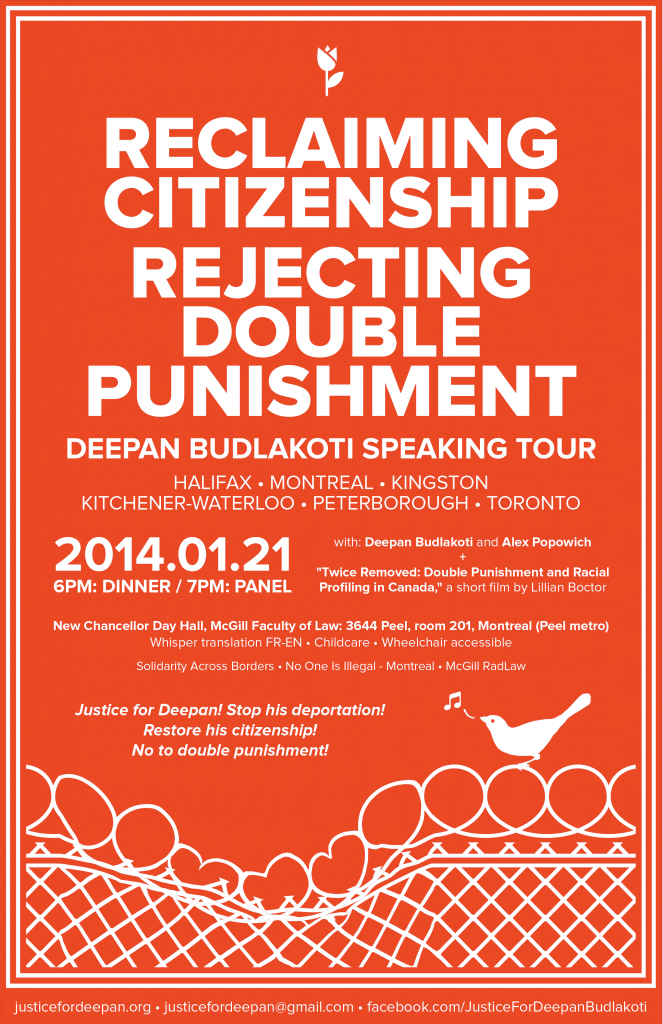 Deepan Budlakoti is an Ottawa-born construction worker and activist who is pitted in an incredible battle against the Conservative government over his entitlement to citizenship. Using its policy of double punishment, the government is attempting to deport him to his parents’ homeland, India, a country where he has never lived and does not have citizenship.

Deepan is currently travelling across Canada to tell his story and seek support. He will be speaking about his experiences in criminal prison, in immigration detention, and his current conditions as a stateless person. His struggle connects to issues of criminalization, racial profiling, prisons, immigration detention and, more broadly, identity and borders.

In Montreal, Deepan will be joined by Alex Popovic, speaking as a member of the support committee for Dany Villaneuva, who is facing deportation to Honduras. Lillian Boctor’s short film, “Twice Removed: Double Punishment and Racial Profiling in Canada” tells the story of Nicholas, a Montrealer who was deported to Guyana on double punishment after more than 30 years in Canada, leaving behind his entire family.

Event in Montreal organized by:
Solidarity Across Borders
No One Is Illegal – Montreal
McGill RadLaw