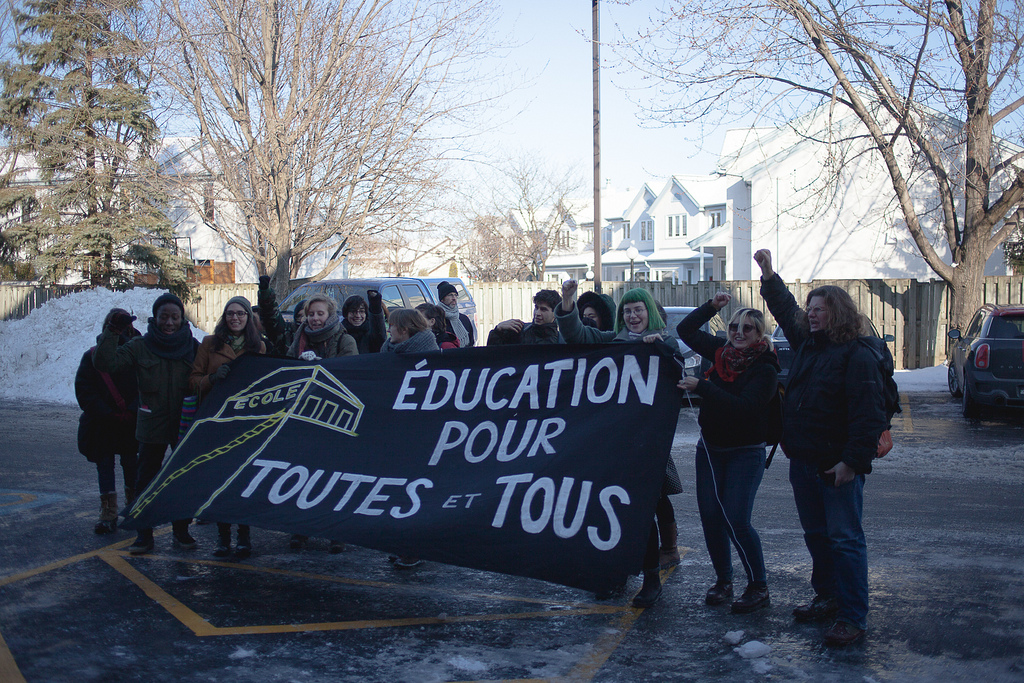 Protesters determined to continue struggle and actions in 2014

(December 16, 2013) Members of the Collectif education sans frontières and their allies were expelled by riot police after occupying the constituency office of Education Minister Marie Malavoy for more than 3 hours on Tuesday morning and early afternoon (December 10, 2013). There were no arrests or injuries.

The action is part of ongoing efforts to ensure full access to primary and secondary school for non-status children.

-> The press release for the December 10 action is linked here:

-> Some more background and context is available here:

-> Here is a collection of PHOTOS from the occupation:

– (Global) Protest over free education for all Quebec children ends peacefully
http://globalnews.ca/news/1020900/quebec-ministry-offices-occupied-for-childrens-right-to-free-education/
(includes an online poll: “Should non-status children get free access to primary and secondary schools?” Results so far: 93% yes; 7% no)

-> If you would like to be involved in the activities of the Collectif education sans frontieres, please get in touch at: solidaritesansfrontieres@gmail.com