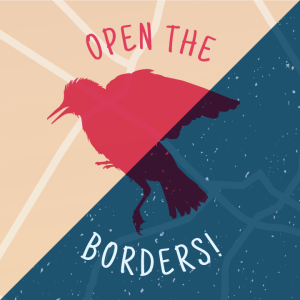 Why are people crossing irregularly into Canada?

Refugees have crossed irregularly at Roxham Road, near Hemmingford and other border crossings across Quebec and Canada in larger numbers ever since the shameful Safe Third Country Agreement between Canada and the USA was implemented in 2004. This agreement prevents migrants from making refugee claims if they come to Canada from the USA at a regular border crossings. However, refugees can make claims if they make an “irregular” crossing at any other point at the border, such as at Roxham Road, which is a relatively convenient and safe place to cross.

There has been a marked increase in irregular crossings into Canada by asylum seekers currently in the USA due to the rhetoric and policies of the Trump administration, which includes attempted travel bans and attacks on the integrity of entire groups, such as Muslims, Arabs and Mexicans. More recently, with the Trump administration indicating that the temporary status to close to 50,000 Haitian migrants might be removed, many Haitians have been migrating to Canada via irregular crossings.

This is in a broader context, in which states like Canada and the United States are responsible for economic and social devastation in countries throughout the Middle East, Latin America, Caribbean, Africa, and Asia, and yet seek to limit who from those countries can live here.

Racist anti-immigrant groups like Soldiers of Odin, Storm Alliance and La Meute demonize and blame refugees. In contrast, we support and commend refugees who cross into Canada, and we express our welcome and solidarity.

Solidarity Across Borders acknowledges that we are on the traditional territory of the Kanien’kehá:ka. The Kanien’kehá:ka are the keepers of the Eastern Door of the Haudenosaunee Confederacy. The island called “Montreal” is known as Tiotia:ke in the language of the Kanien’kehá:ka, and it has historically been a meeting place for other Indigenous nations. We actively support Indigenous sovereignty and self-determination, and undertake to deepen our collective understanding of Indigenous struggles.

At its foundation, Canada is based on the theft of Indigenous lands, and the ongoing genocide and displacement of Indigenous peoples. Its borders were established by colonial wars, to benefit colonizers. This recognition lies at the heart of our rejection of the Canadian state’s borders and the system of multi-tiered status, deportation and detention created by its immigration laws. We reject the legitimacy of the Canadian state as the embodiment of those structures. For this reason, we refuse to collaborate with the state, including police or border agents.

What is the Storm Alliance?

How many members does Storm Alliance have and what do they do?

The Storm Alliance claims to have 3,000 members across Canada, but this figure really only represents those who have joined its facebook groups. In actual fact, the group has difficulty getting more than a few dozen of its own members out for any of its events. Their biggest event to date was July 1 at Roxham Road, in Hemmingford, where they gathered to intimidate people crossing the border. Their numbers that day were boosted by the anti-Muslim far right group La Meute, who had agreed to cooperate with them on that occasion, and still they were only 60-70.

Storm Alliance also tried to join a protest against refugees outside the Olympic Stadium on August 6 organized by open white supremacists. When it became clear that they would be outnumbered by anti-racists, the organizers of this protest canceled the event, and Storm Alliance did not show up.

Storm Alliance attempted to participate in La Meute’s August 20 demonstration in Quebec City, but as the two groups are currently at odds, La Meute refused to allow them to. Storm Alliance had also participated in a much smaller August 19 protest in Quebec City that La Meute had publicly disavowed, due to the presence of known racists and the likelihood of violence.

This September 30, Storm Alliance is going to try to have another protest on the border, at St Bernard de Lacolle. This is an important test for the group, as (unlike July 1) La Meute has indicated that it will not join the group at the border.

Is Storm Alliance really racist? Are they fascists?

Storm Alliance insists it is not racist, or even against immigration. They insist they are only against “illegal immigrants”; this is part of Tregget’s strategy of softening the image of the far right.

It is important to note that according to the Quebec Bar Association, there is no such thing as an “illegal immigrant” – this is not a legal category. The “Safe Third Country Agreement” between Canada and the US obliges people who wish to receive refugee status here to cross irregularly at places like Roxham Road. Referring to these people as “illegal immigrants” is a verbal trick to imply that refugees are doing something wrong or are in fact criminals.

Storm Alliance willfully spreads confusion on this point, accusing refugees who crossed this summer of “queue jumping” and complaining about the number of men crossing, buttressing racist fears of black and brown men. Indeed, Tregget himself has said of the current arrival of newcomers, that “I won’t say it’s an invasion, but I won’t say it’s not one either.”

Storm Alliance attracts a variety of people, ranging from those who are sincerely concerned about what the media tells them about immigration, to outright white supremacists and neo-Nazis. Storm Alliance member Jean Francois Dionne attended La Meute’s demonstration in Quebec City with a Nazi flag; whereas even La Meute made a point of distancing themselves from this man, Storm Alliance refused to expel him, saying it was all just an honest mistake. This is not an isolated incident, as Storm Alliance has made a point of welcoming all opponents of immigration to its demonstrations, including outright racists and fascists. Most recently, a new anti-immigrant men’s group, the Northern Guard, has indicated that it will be sending its members to march beside the Storm Alliance on September 30, while the self-styled “ethnically aware” neo-Nazi Canadian Nationalist Front has taken charge of organizing the Peterborough rally inspired by Storm Alliance’s national day of action.

That said, Storm Alliance itself is not a fascist organization – it does not seek to overthrow the government, or to set up a dictatorship. It is better understood as a populist and nationalist organization, based on an inherently racist hostility towards immigrants and multiculturalism, which tolerates members who are personally pro-fascist and openly white supremacist.

Why is it important to take a public stand against the Storm Alliance?

We are in a catastrophic historical epoch, with war, famine, and climate change threatening the lives of hundreds of millions of people. Wealthy countries like Canada are in many ways to blame for this sorry situation – it was the Canadian and Quebec governments, for instance, that supported the coup against Haiti’s duly-elected president Aristide in 2004; it is the Western powers whose interference in the Muslim world created the space for horrific entities like Daesh (“ISIS”) to take form; it is our carbon emissions that are to blame for the famine in Sub-Saharan Africa and the deadly flooding in South Asia.

As a result of these catastrophes, migration is at its highest point in human history, and is likely to continue rising in the future. Canada is not currently doing its part to support people who are seeking safe places for themselves and their loved ones, indeed it is in fact worsening the situation by keeping its borders closed and by participating in structures like the G7, while viciously exploiting labour and resources throughout Asia, Africa, and South and Central America.

Unopposed, groups like Storm Alliance are able to present themselves as mere “concerned citizens” with a “legitimate” position, as their racist and far right connections and agenda go unnoticed. They can play an important role in confusing issues, reframing what is a humanitarian crisis into one of “illegal” and “unworthy” human beings. They provide an alibi for the government to continue to deport people to unsafe conditions, and help maintain a situation in which undocumented people must go without basic services, rights, or security as they live in Canada. And when the government, on behalf of the rich and multinational corporations, cuts back on social services and deprives other poor and working class people living in Canada of basic support, groups like the Storm Alliance point to our friends and neighbours from other countries as scapegoats, thereby shielding those who are truly responsible.

It is up to all of us to take a stand against anti-immigrant scaremongering, to show we are not afraid of racists, but are angry about the agenda of groups like Storm Alliance that will spell heightened violence and risk for refugees and immigrants to Canada. It is important to show up, so that refugees and other targeted people do not feel alone or unsupported when faced with the far right.