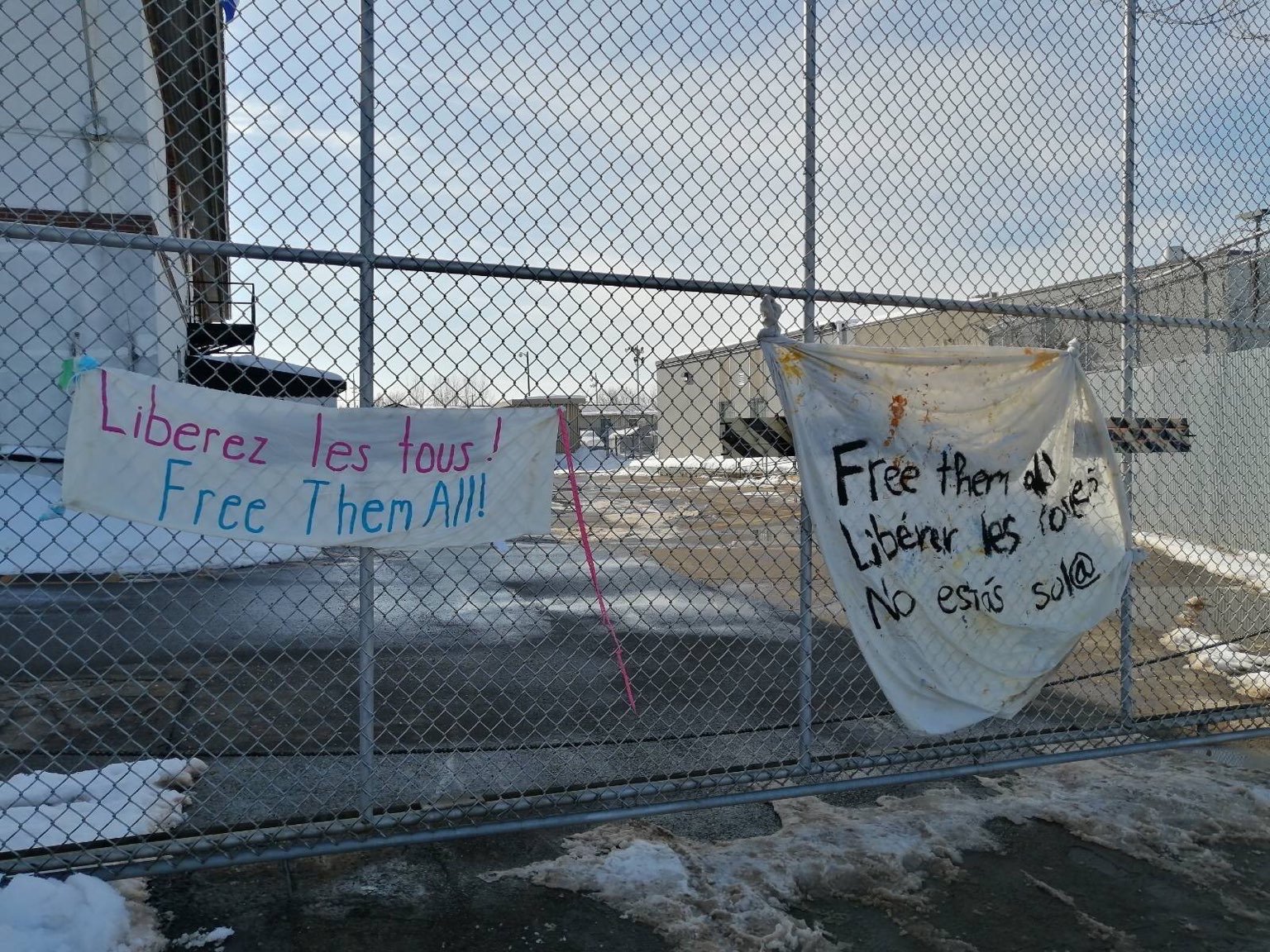 Seven inmates of the Laval migrant prison are continuing the hunger strike they began on March 1, 2021. The strikers have launched a declaration to announce their strike, denounce their situation and demand their release.

Declaration of the Inmates of the Laval Detention Centre

We are a group of migrants detained at the Laval Detention Center.

With this letter we wish to denounce the conditions in which we are being held at the Center. For some time now, the COVID virus has entered the prison. The sanitary measures taken by the immigration officers are clearly insufficient.

Some of the detainees have already contracted COVID. Others complained of pain similar to the symptoms of COVID but were given only Tylenol. We are in a lot of pain.

We had also been confined to separate rooms without receiving any psychological assistance. We are distraught and very fearful for our health.

In our opinion, using detention as an immigration policy is in all times an inhuman and unjust measure, with or without COVID.

On the other hand, we are announcing that we have started an indefinite hunger strike starting March 1st to contest the treatment we are receiving.

We are asking to be released from the Laval Detention Center because it is a place where the virus can spread, and it is only a matter of time before we are all infected.

This is a call for help. We want to be treated with dignity and above all we want to be protected in this time of pandemic like every Canadian citizen.