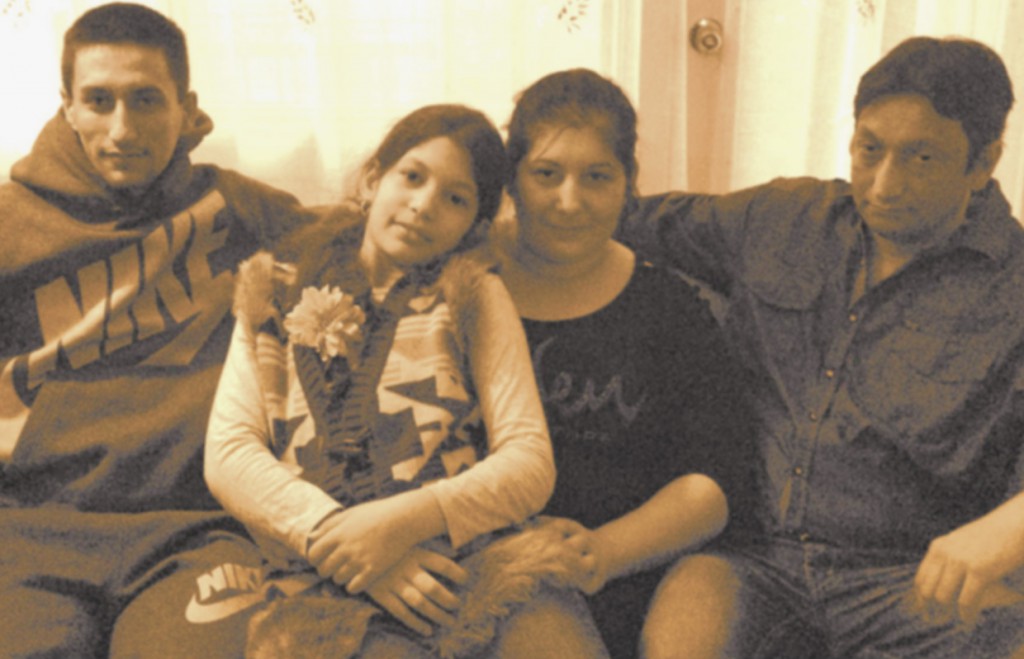 September 2010: Dezso (Sr) is attacked coming home from work at night, by a group of skinheads. He is beaten badly. Incident reported to police, attackers never found.

April 2011: Mark is attacked by skinheads after school, and is beaten. He doesn’t return to school.

August 2011: Anasztazia and her friend are verbally threatened, yelled at and beaten by 4 members of the far rightwing group Hungarian Guards. They submit a report to the police, but the file was closed 6 weeks later because the attackers were not found. Anasztazia has a nervous breakdown due to the trauma of the incident, and starts taking anxiety medication.

2012: Dezso (Jr) is attacked at his home, which he shares with sister Patricia and her young daughter. Stones are thrown at the windows, anti-Roma slurs and death threats are uttered.

August 2012: Dezso (Jr) and Patricia (with her daughter) leave Hungary for Canada. They submit a separate refugee claim from their parents, Mark and Mercedesz.

April 25, 2013: Hearing at the Immigration and Refugee Board for Anasztazia and family.

May 13, 2013: Negative decision on refugee claim for Anasztazia and family.

June 2014: Dezso (Jr) and Patricia are accepted as refugees

Janaury 6, 2015: Deportation date given to Anasztazia and family, by CBSA agent Penelope Gutierrez for Janaury 28, 2015

January 12, 2015: Lawyer Eric Taillefer submits request for an administrative stay of the deportation

May 2016: The family becomes eligible for a pre-removal risk assessment (PRRA), according to the Conservatives’ safe country list

← (January 13) Solidarity Across Borders Winter Assembly
Call for support: Roma family facing deportation to Hungary in one week, where neo-Nazi violence is on the rise →