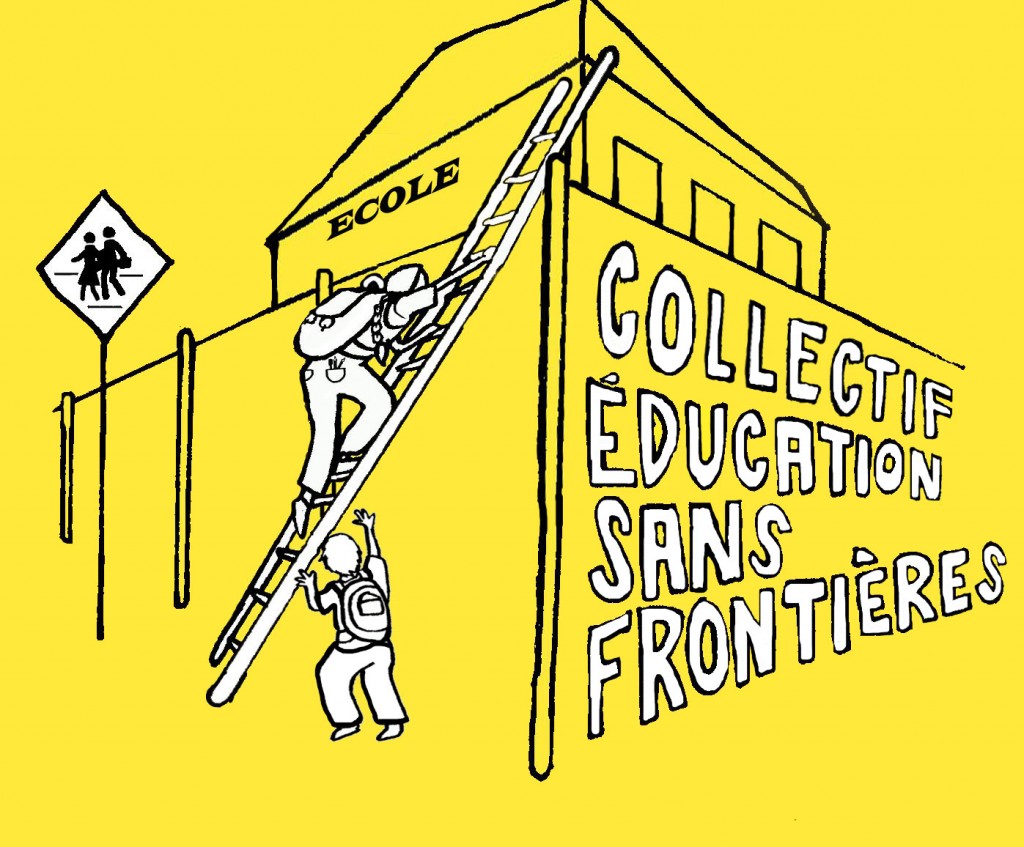 This Tuesday morning (April 29), the Collectif éducation sans frontières will start to pressure the new Quebec government to allow full access to primary and secondary schools for non-status children. Join us!

URGENT: EDUCATION FOR ALL!

PRESS POINT & GATHERING
TUESDAY, APRIL 29, 10AM
5252, de Maisonneuve Ouest (métro Vendôme)
at the constituency office of the new Quebec Minister of Immigration, Diversity and InclusionThe Education For All collective is organizing a press point and gathering this Tuesday, to re-iterate our urgent demand that all non-status children be allowed access to Quebec’s primary and secondary schools for free. In contrast, non-status kids in the United States, France (and also in cities like Toronto) can attend school for free. Quebec is a shameful exception.

The new Cabinet ministers for the Ministry of Education (Yves Bolduc from Quebec City) and the newly named Ministry of Immigration, Diversity and Inclusion (Kathleen Weil from Notre-Dame-de-Grace in Montreal) have been appointed, and we demand that they act urgently to ensure that another school year isn’t lost to non-status children.

The previous government neglected this issue, despite a concerted two-year campaign by the CESF. When the previous Education Minister issued directives to school board in June 2013, she ignored non-status children, who are required to pay upwards of $5000-6000 per year to attend school.

The new Minister of Education, with the support of the Minister of Immigration, can issue clear directives to all school boards to allow access to non-status children, and to end the injustice facing Quebec’s non-status families. We also demand that the new Quebec government act by no later than May 30, so that the information about access to primary and secondary school for non-status children can be widely shared with parents before the summer break.

The issue is explored in detail in the following document: www.solidarityacrossborders.org/en/chronologie-et-informations

All Quebec members of the National Assembly have been contacted about this issue as well; you can read the letter sent to them here: www.solidarityacrossborders.org/fr/lettre-ouverte-aux-nouveaux-deputes

If you can attend this picket, or otherwise support our efforts, please get in touch.