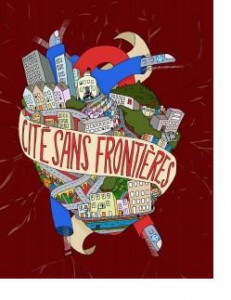 Montreal, 1 May 2015 — In the context of the struggle against austerity, Solidarity Across Borders calls on all community organizations and centres, collectives, trade unions, healthcare providers, educational institutions, food banks, shelters, housing co-ops, etc. to commit to providing their services to everyone, regardless of immigration status, and to make the question of migrant labour central to our struggles against austerity.

Over the past few months, sweeping cuts to social services – healthcare, housing assistance, employment aid, social assistance, education, and more – have been announced in Quebec. These attacks on the achievements of past social struggles have been met with inspiring, large-scale mobilisations in Montreal.

But, hundreds of thousands of people in Quebec are already excluded from social programmes – education, healthcare, daycare, housing programmes, disability benefits, social assistance and unemployment insurance – because of their immigration status, even though their labour massively contributes to these programmes and the overall wealth of society.

In fact, the continual scapegoating of migrants by political leaders and in the media works to conceal how the social benefits enjoyed by Canadian citizens are propped up by the labour of people reviled as “illegals” or labelled “bogus refugees”, “criminals”, dangers to “national security”, “terrorists”, and threats to “our values”.

In factories, agricultural fields, restaurants, hospitals, and homes, migrants work in precarity to produce cheap goods and food, to clean, serve, and look after the children of the middle class and the wealthy. The RCMP estimated that there are some 500,000 undocumented people in Canada; they generally work below minimum wage for long hours and in poor conditions, in precarious situations organized by temporary placement agencies. There are also nearly 770,000 non-permanent residents (according to a recent CIBC study), many of whom are temporary workers (e.g. Temporary Foreign Workers, Seasonal Agricultural Workers, Caregivers) tied to their employer. Typically, these workers pay into public services to which they have limited or no access, effectively subsidizing these services. Thousands of landed immigrants are relegated to low wage work and face workplace racism, particularly the violent Islamophobia engulfing Quebec.

Fear of indefinite detention and deportation keeps migrants in constant precarity and serves as a way to control labour and crush serious resistance to exploitation. According to Canadian Public Saftey Minister Steven Blaney, more than 18,000 migrants were deported by the Canada Border Services Agency (CBSA) in 2012-13 — an average of 49 deportations per day. While cutting social services, Canada keeps a full throttle on spending on deportations and detentions. CBSA’s budget actually increased by $2.1 billion in 2013, and it received new allocations again in the 2015 budget. Canada spends over $54 million a year to incarcerate migrants in jails and detention centres (often run in partnership with private companies such as G4S and Garda).

Measures taken to “‘secure our borders” are in reality the means of securing a compliant, highly exploitable workforce within the country. As Canadian capital ships jobs overseas to exploit labour to better advantage in situations of crisis and desperation, federal and provincial immigration policies trap migrants fleeing this desperation into a new system of exploitation.

On May 1, 2015, Solidarity Across Borders will be on the streets with others fighting austerity, as part of the struggle against capitalism. Capitalist economies – in Quebec and elsewhere – rely on the continued colonial exploitation of racialized workers and the theft of indigenous lands and resources. We believe opposition to capitalism must be rooted in anti-racism, anti-colonialism and anti-imperialism. This means, among other things, making the question of migrant labour central to our struggles against austerity.

Solidarity Across Borders will take to the streets again on May 31 to denounce deportations and demand equal status for all residents of Montreal. The march will begin at 2pm, leaving from Saint-Michel metro.