IF YOU’RE NOT ANTI-FASCIST, WHAT ARE YOU THEN? 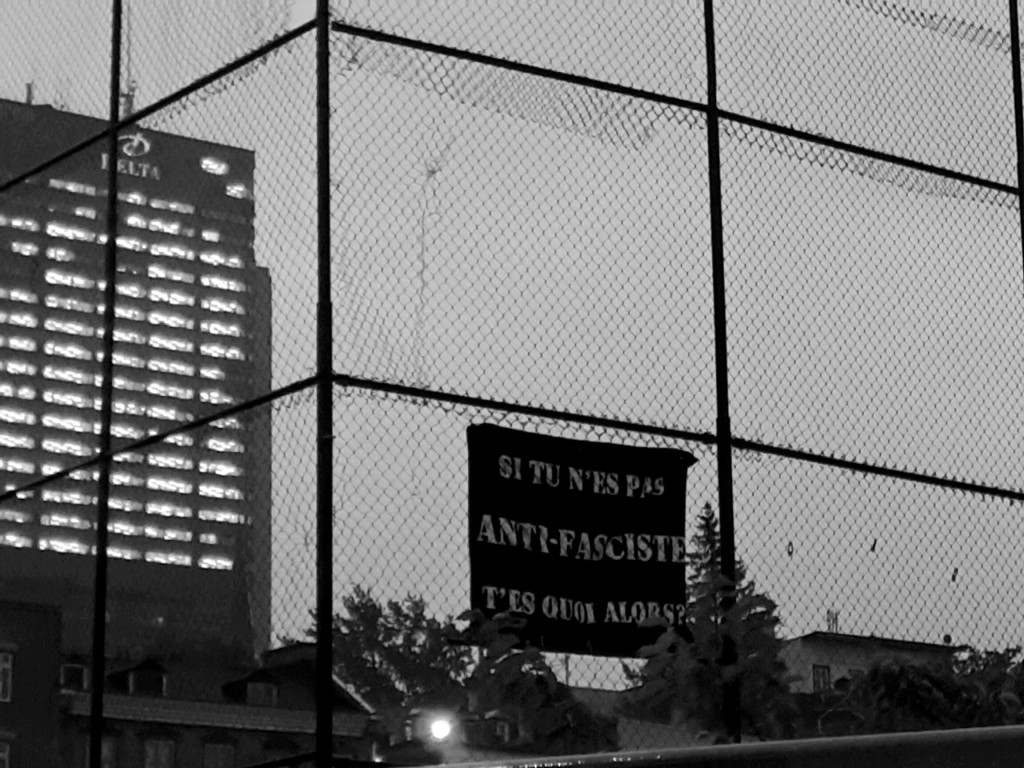 Québec City, September 5, 2017 — Earlier today a group of anti-racist/anti-fascist organizers dropped a series of banners. This action is a part of an ongoing and decentralized struggle against Québec right-wing extremists and white nationalists promoting xenophobic, anti-immigrant and racist views. The banners, displayed prominently along major arteries during the morning commute, read “Si tu n’es pas anti-fasciste, t’es quoi alors?” (Translation: “If you’re not anti-fascist, what are you then?”)

We denounce the practices of scapegoating and fear-mongering that targets Muslims and other racialized immigrant groups. Such practices both implicitly and explicitly blame these groups for the consequences of neoliberal capitalism.

We also denounce the state detention of Haitian and other migrants for fleeing across arbitrary borders without the approval from the colonial state as well as the recent, highly-mediatized campaign against a man of colour for his political activism.

This is not a time for debate or false equivalencies. Far-right groups are growing in visibility and influence in Quebec – they promote and defend white supremacy and ongoing colonialism, often with the tacit support of the police. White nationalists have drawn the lines of engagement, demonstrating hatred and contempt for immigrants, people of colour, Indigenous peoples, people of non-Christian faiths and backgrounds, and anyone else who disagrees with their political vision. In this context, there is no principled neutral position. We call on people everywhere to join us in taking anti-fascist action.

Solidarity Across Borders received this communiqué and photos, but is not responsible for this action.