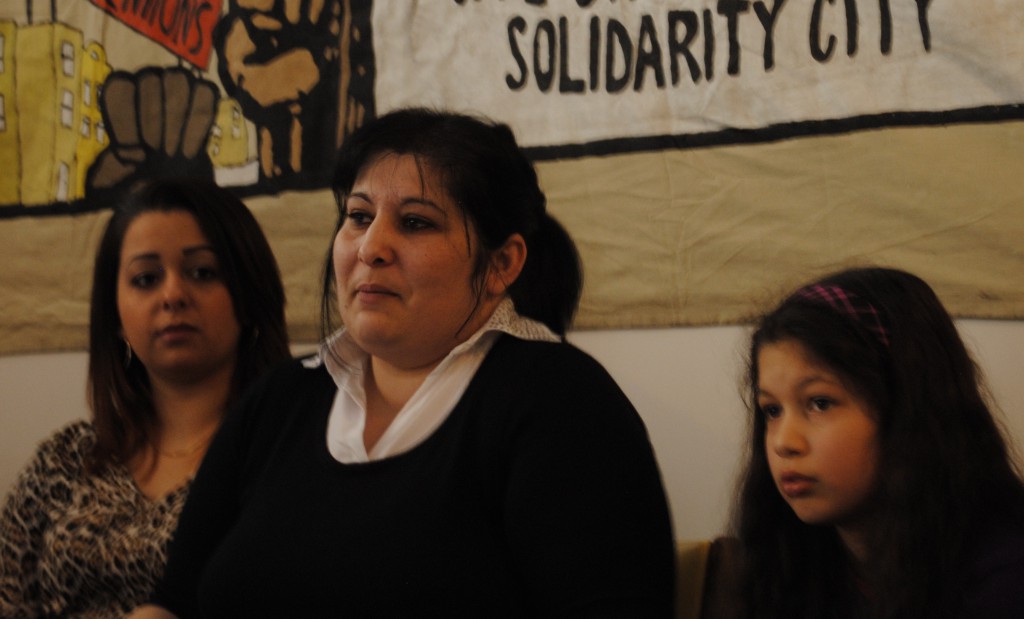 My name is Anasztazia Szilagyi. I came to Canada with my husband Dezso Nemeth, and our two youngest kids, Mark and Mercedesz, in November 2011.

We didn’t want to leave Hungary, but we had to come to Canada. We were afraid of racist violence in Hungary because we are Roma. We were scared for the lives of our children, and for ourselves.

Anti-Roma feeling is strong in Europe and we heard that Canada is an open country, so we came here to escape, and because my husband’s brother was here.

In school in Hungary, my son Mark was treated differently than other kids because he is Roma. Sometimes he wasn’t allowed to take his exams.

He was beat up and bullied by other kids. In 2011 he was attacked after school by a group of skinheads who encircled him and beat him. When he came home he was black and blue, full of bruises. After that he didn’t want to return to school.

My daughter also had a hard time in school in Hungary. She was always being teased by her peers and her teachers because she is Roma. She didn’t want to go to school.

Here in Montreal, she likes to go to school, and she has a lot of friends. She is a very good student, and is advancing quickly. She is only ten but speaks French very well.

A year after we came here my older daughter and son who were back in Hungary came to join us because they were attacked. They were accepted as refugees by Canada.

They were both attacked at their home by non-Roma Hungarians who had previously targeted my older son. They threw rocks at the house and threatened to kill my son. When the neighbours heard what was happening they called the police. The cops came, but they declared that there was no real threat, that it was just kids throwing stones. This shows that even the police do not protect Roma in Hungary.

Our whole life is here in Montreal, with our children and grandchildren. If my husband, Mark, Mercedesz and I have to go back it will break my whole family. Everybody is here who is important in my life. We have a lot of friends here, we have the church, we are working here, and we volunteer.

I learned English here. My husband has volunteered a lot in the Jewish community. We have found everything here. Here you can say that you are Roma freely without being discriminated.

If I go on the street I don’t need to feel afraid that somebody will attack me or kill me.

When we came here we hoped that Canada would accept us and that we would have a good, happy, and calm life. We hoped that we could live our lives fully in Canada, not like in Hungary where I always have to fear the stamp on my head that says “I am Roma.”