SOLIDARITY WITH THE NIYONGABO FAMILY 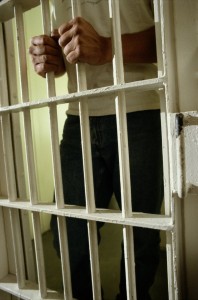 JACOB IS SAFE AND SOUND (update)

Jacob Niyongabo was deported to Burundi on Tuesday afternoon. In the evening of December 21st, he arrived in the capital city of Bujumbura, a city his family was forced to flee 16 years ago due to ethnic-based violence that took over 300,000 civilian lives.

The customs officers in Bujumbra initially attempted to hold Jacob in their custody to verify his travel documents and identity, but friends of Solidarity Across Borders who work in Bujumbra were present at the airport and negotiated for his clearance. He is now with extended family members, and our friends will help Jacob get his Burundi papers in order.

Jacob’s mother, Marie-Louise, was elated to speak to him upon his arrival and to find out that he was not handcuffed during the trip, as the CBSA officer had stated, ‘if Jacob is calm, we will take his handcuffs off’.

Jacob was escorted by CBSA from Montreal to Amsterdam, and then allowed to travel freely to Burundi. When Jacob’s mother and older brother brought his luggage to Immigration Canada, at 1010 St-Antoine, they were fortunate to be granted a visit with Jacob just before he was whisked away to the Dorval airport. ‘We kept telling them to think about how they would feel if Jacob was their son’, recounts Marie-Louise as she describes the last moments of anxiety and fear that she has ravaged her family’s life for months.

Jacob’s humanitarian and compassionate claim is still being processed, but his family will have to wait at least 5 years before requesting permission from the government for Jacob to re-enter Canada. Jacob now begins a new life and will have to live with the politically motivated violence that still grips Burundi, and can erupt in public places at any time.

The Niyongabo family is deeply grateful to everyone who responded to their call for support and appreciates our efforts in exerting political pressure on a belligerent government that arrogantly refuses to respect peoples’ rights. Solidarity Across Border is equally thankful to everyone who took the time to make calls and fax in letters to the Ministers office.

The struggle continues…
Status for all!

Fill the courtroom at the Federal Court !

Call and fax the Ministers

Jacob Niyongabo is a young Montrealer, born in Burundi, who is currently detained and threatened with a deportation order set for Tuesday, December 20th, 2011.

He is one of six children in a family which has lived in Quebec for the past 16 years. The family were welcomed as refugees after they fled persecution and ethnic violence which has plagued Burundi since the 1994 genocide. Jacob arrived in Montreal when he was 10 years old; he grew up here and his entire family lives here.

Jacob was a victim of violent physical and psychological abuse perpetuated by individuals, among whom were federal police officers. He has suffered from post-traumatic stress syndrome and has had many personal difficulties growing up. He has no contacts whatsoever in Burundi: no family, no friends, no acquaintances and no allies. On the contrary, there are only people who might harm or kill him because of the on-going ethnic persecution and his family name.

Jacob was convicted of several misdemeanors stemming from a difficult childhood, and has purged his sentences since 2008. Today, the Canadian government demonstrates irresponsibility in refusing to recognize the violence and impunity that ravages Burundi, and turns a blind eye to the serious risk to his life Jacob faces if deported.

The Niyongabo family has spent years recovering from psychological trauma caused from the context of war that forced them to flee Burundi. Today, they find themselves once more reliving these war traumas. Jacob’s family has the right to live in justice, dignity and security, in Canada, with Jacob.

The manner in which Jacob Niyongabo’s case has been dealt with exposes a disturbing trend within the Canadian immigration system; denial of the realities of violence and impunity in many countries throughout the world, and an increased reliance on repressive measures such as detention and fast-track deportations, utterly failing to consider the rights of the family and the psychological vulnerability of a young man who has lived through multiple violent traumas.

Last thursday, Jacob’s lawyer applied for a stay of deportation at the Federal Court – for Jacob’s sake and for the sake of his entire family, devastated by this double punishment.

It seems likely that he will be granted a Federal court hearing by teleconference this Monday. With this in mind, we ask that you support Jacob and show your complete rejection of this injustice, in order to overturn the decision to deport him.

We are asking you to please take a few minutes of your time to write and call the two Ministers who have the political power to intervene, to demand that Jacob remain in Canada – be precise and state that they can stay the deportation so that the humanitarian and compassionate claim for permanent residency be processed and accepted.

You will find a model letter to send by fax below (email is less reliable).

Minister of Citizenship and Immigration Canada

** Model letter to send to the two Ministers **

I am writing to ask you to intervene in the file of Jacob Niyongabo – currently facing deportation – and request that he be granted a stay of deportation so that his application on humanitarian grounds can be duly processed and accepted.

As Minister, you have the discretionary power to grant a stay for Jacob and thereby offer him the possibility of life and freedom – free from suffering, fear, hardship and probably death.

Jacob Niyongabo is a Montrealer who was born in Burundi. His family arrived in Quebec 16 years ago, after fleeing the violence related to the 1994 genocide in Rwanda and its parallel reality in Burundi. The Niyongabo family was accepted as convention refugees and settled in Montreal. In Burundi, Jacob experienced physical and psychological violence by individuals, including federal police officers. He subsequently suffered post traumatic stress syndrome and many personal difficulties growing up.

Immigration Canada refuses to accept the risk to his life if the deportation is executed. The deportation has been scheduled for December 20, 2011.

In Burundi, many denounce the widespread violence and impunity in which the aggressors operate. The deportation is nothing less than a death sentence for the offenses that Jacob has already paid for through the Canadian criminal justice system.

Although Jacob already purged his sentence (in 2008), he is currently detained. His lawyer has applied for a stay to the Federal Court, in Jacob’s interest and in the family’s interest as well, as they are all devastated by this double punishment. The Niyongabo family has spent years recovering from psychological trauma stemming from the context of war that forced them to flee Burundi. Today, they find themselves once more reliving these war traumas.

We believe that the deportation order against Jacob Niyongabo represents the failure to protect human rights and refugee rights, given the fact that the country where he is being sent to is politically unstable and has a history of ethnic cleansing. Jacob’s family has the right to live in justice, dignity and security, in Canada, with Jacob.

It is clear that Jacob Niyongabo will be deported to inhumane conditions in Burundi. Moreover, he has been here since he was 10 years old and has lived in Montreal for 16 years. He has no contacts whatsoever in Burundi: no family, no friends, no acquaintances, and no allies. On the contrary, there are only people who might harm or kill him because of the on-going ethnic persecution and his family name.

I am requesting that you consider Jacob’s fate from a human perspective, and that you act according to humanitarian principles, which should be guiding all decisions made by this government. Please grant a stay of deportation to Jacob Niyongabo so that his humanitarian application can be duly processed and accepted.