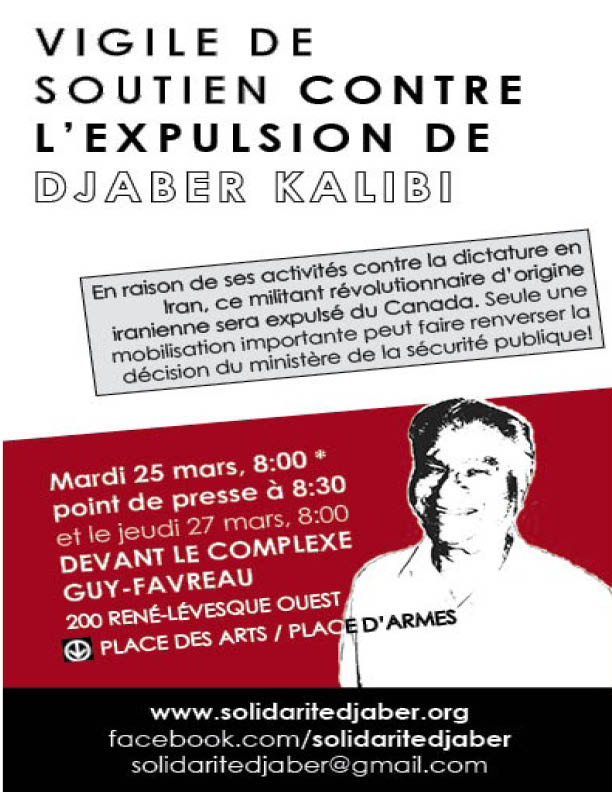 Solidarity Vigil and Press Point
Tuesday, March 25 at 8am (press point at 8:30am)
In front of the Complexe Guy-Favreau (200 René-Lévesque East)
Another hearing is scheduled for March 27 as well.
We encourage you to attend in large numbers to show your support for Djaber Kalibi and his family during the immigration hearings.