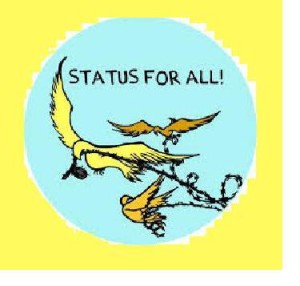 We are providing childcare; translation (English-French-Spanish); snacks; metro tickets as needed.
The location is wheelchair accessible. Please get in touch about any other accessibility needs.

Since 2002, the May-June period has been a time for Status For All-themed mobilizations in Montreal. We’ve sometimes mobilized around May Day, the international working class holiday, and often linked our spring actions to anti-deportation struggles by individuals, families and communities. In 2005, we organized a march from Montreal to Ottawa; in 2013, we held a Status For All march starting in four different neighborhoods of Montreal and converging downtown; in 2014, we organized decentralized Anti-Deportation Days with different organizations contributing events over two weeks.

Links from some previous mobilizations:
-> No One Is Illegal March from Montreal to Ottawa (organised by Solidarity across Borders in June 2005): video
-> Day of Action in Vancouver, Toronto and Montréal, “Status for All!” Protest in Montréal (27 May 2006): video
-> Status for All March in Cote des neiges (4 May 2008): video
-> Report-back: Status For All Demonstration (May 18, 2013): www.solidarityacrossborders.org/francais-compte-rendu-la-manifestation-un-statut-pour-toutes-et-tous-mises-a-jour-liens-photos-et-articles
-> Anti-Deportation Days (June 1-15, 2014): www.solidarityacrossborders.org/en/anti-deportation-days

At the Winter 2016 Assembly, Solidarity Across Borders discussed what form the mobilization could take this year. Three main proposals were debated:
– a family-friendly march in the afternoon of 1 May, the historic working class day of struggle;
– decentralized creative and targetted “manif-actions” throughout the month of May or June;
– both a march and decentralized actions.

Starting from the discussion at the Winter Assembly, the 16 February assembly will decide what we want to organize this year, and why, and work out follow up steps.

We welcome everyone who would like to contribute to this effort and agrees with the Solidarity Across Borders demands.