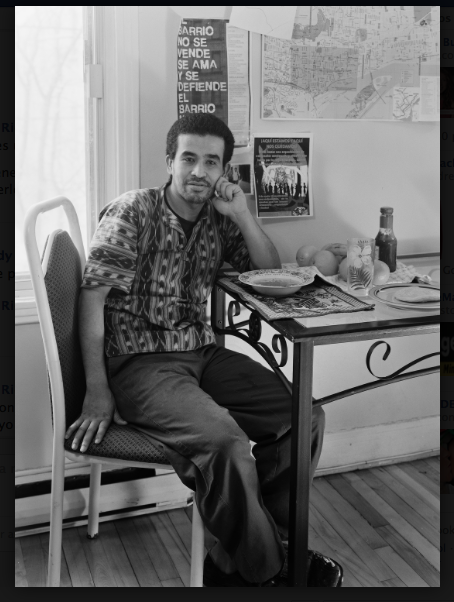 Speakers to include:
– Noe Arteaga: former agricultural worker in Quebec in the Temporary Foreign Workers Program, who is currently pursuing a complaint against his former employer at the Labour Relations Board;
– Mohamed Ali Ben Dellej: member of the newly formed Temporary Foreign Workers Association (TFWA), an association that works to organize, support, and advocate for the welfare and rights of all migrant workers in Québec;
– as well as Mostafa Henaway (Immigrant Workers Center), Carmelo Monge (Mexicans United for Regularization), Tanya Rowell Katzemba (Dignidad Migrante), Rosalind Wong (Solidarity Across Borders) and others.

MONTREAL, December 16, 2013 — On the eve of International Migrants Day this Wednesday, migrant justice advocates are gathering in support of all migrants to Canada, including temporary foreign workers.

On the initiative of Noe Arteaga, a former agricultural worker in Quebec in the Temporary Foreign Workers Program, a press conference to denounce the abuses faced by migrant workers will be held this Tuesday, December 17 at 10am. Mr. Arteaga’s own Labor Relations Board complaint against his former employer will be proceeding this Wednesday.

In the words of Mr. Arteaga: “Temporary migrant workers programs in Canada are a form of modern slavery. They are hyper-exploitive and treat workers as if they’re disposable. I’ve seen first-hand the explotation inherent in these programs, and I’m joining with other workers and allies to publicly denounce the injustices faced by migrant workers”.

Mr. Arteaga will be joined by representatives of allied organizations, including the newly formed Temporary Foreign Workers Association (TFWA).

← PRESS RELEASE: Cancer patient and survivor of gender-based violence, Evelia Castrejon Santoyo, is being detained and deported this morning despite life threatening medical situation
Breaking News: Occupation in progress at Quebec Education Minister constituency office; Protesters are demanding that all non-status children get free access to primary and secondary schools →