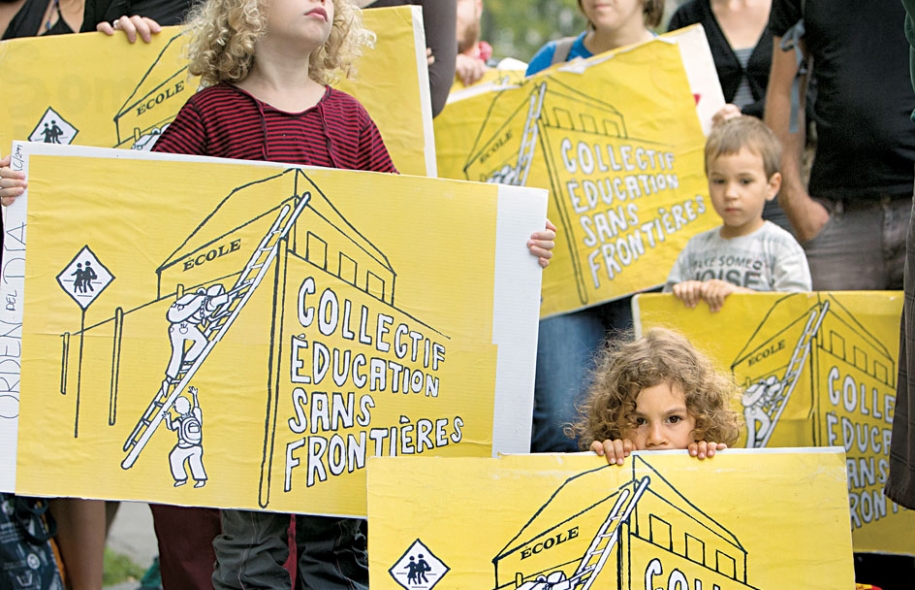 This demonstration and public assembly will take place during the next meeting of the Commission scolaire de Montréal which will be at the École Barthélemy-Vimont in Parc Extension.

The Quebec government still refuses to allow full access to primary and secondary schools to non-status children. Already weeks after the first day of classes, the Collectif éducation sans frontières has been in touch with many families whose children have either been denied access to school, or who are being asked to pay thousands of dollars in tuition fees.

This demonstration will again urge the Commission scolaire de Montréal to exercise its discretionary powers to provide full access to schools for non-status kids, and to stop billing parents for tuition.

More importantly, this demonstration will also take the form of a public assembly, so that we can discuss together strategies and tactics to escalate the pressure on the Quebec government, particularly Minister of Education Marie Malavoy.

We encourage as many allies as possible to attend, so we can plan together future steps in the Education For All campaign, part of building a Solidarity City in Montreal. Please confirm if you are able to attend the public assembly by e-mail atsolidaritesansfrontieres@gmail.com