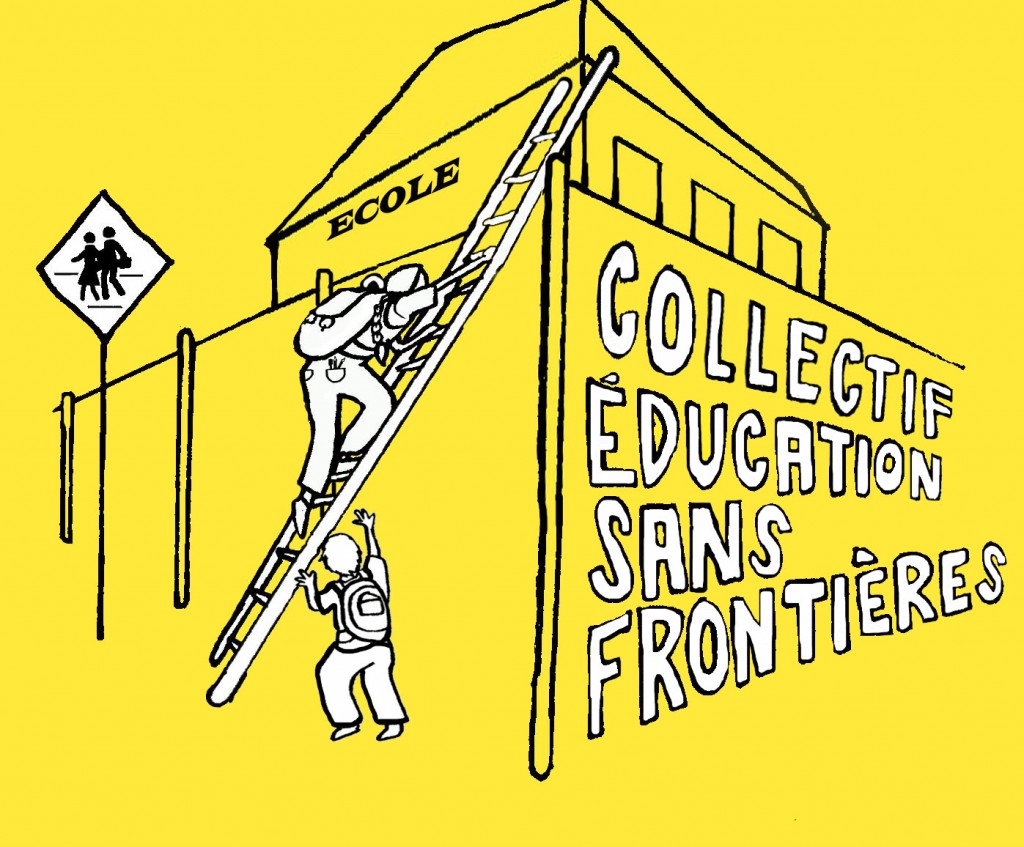 (November 29, 2013, Montreal) The Collectif éducation sans frontières (Education For All Collective) is calling for a public gathering at the upcoming “Rencontre Citoyenne” by Education Minister Marie Malavoy. The public event – on Monday, December 2 at 6pm — will also include Bernard Drainville, the Minister responsible for the proposed Charter of Values (Bill 60).

Marie Malavoy still refuses to issue clear Ministry of Education directives to allow non-status children to attend primary and secondary school for free. Instead, there remains confusion and ambiguity about whether non-status children can register (with differences between school boards) and Minister Malavoy still insists on charging $5000-$6000 per child, an exorbitant fee for non-status families who are already precarious economically.

In the words of Nicolas Quiazua, member of the Collectif éducation sans frontières: “This gathering will mark the first time we can publicly confront Minister Malavoy about the injustice of denying access to school to non-status children. She has ignored our letters and demonstrations over the past year, as well as ignoring mainstream media inquiries. We have no other choice but to make our demands heard by addressing the Minister directly.”

Linda Guerry, also a member of the Collectif education sans frontières, adds: “We are calling for Marie Malavoy to immediately provide clear and unambiguous directives to all school boards to allow all non-status children in Quebec to attend school for free. We are urgently demanding a special “back to school” in January for all children denied access to school this past August.”

The Collectif éducation sans frontières has also taken a clear position against the Charter, and has endorsed the following statement by the Coalition “Ensemble contre la Chartre xenophobe”: www.solidarityacrossborders.org/en/community-statement-“ensemble-contre-la-charte-xenophobe”-together-against-the-xenophobic-charter

The Collectif éducation sans frontières is encouraging allied groups and organizations to attend the gathering this Monday.