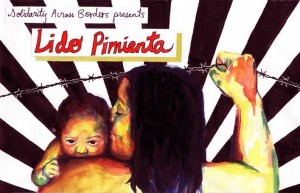 fundraiser for a family fighting against double punishment

Join us for an intimate performance and art-making evening with Lido Pimienta, in solidarity with those fighting deportations in Montreal. It’s a fundraiser for a Montreal family facing double punishment, to help cover legal costs.

Context of the family’s struggle:
After decades in Canada, a woman is facing the injustices of double punishment, whereby migrants convicted of a crime can be deported after they have already been punished through the criminal system. Her deportation would mean separation from her children and sisters, all of whom live in Montreal. Solidarity Across Borders is supporting this woman and her family and we need your help in raising money to cover the exorbitant legal fees.

Lido Pimienta:
Lido Pimienta jumps back and forth from electronic beats, analog synths and Afro-Colombian rhythms to out-of-this-world chanting. The release of her first album Color LP opened the gate for several collaborations with artists in Canada and around the world, making her one of the most prolific song-writer, lyricist and an improv virtuoso of her generation. Lido – La Papessa- is now busy working on her 3rd album, ruining all over the western hemisphere, or in studio producing incredible tracks with like of Tribe Called Red.

First in a series of events to support this family; stay tuned for more!

No deportations! No to double punishment!